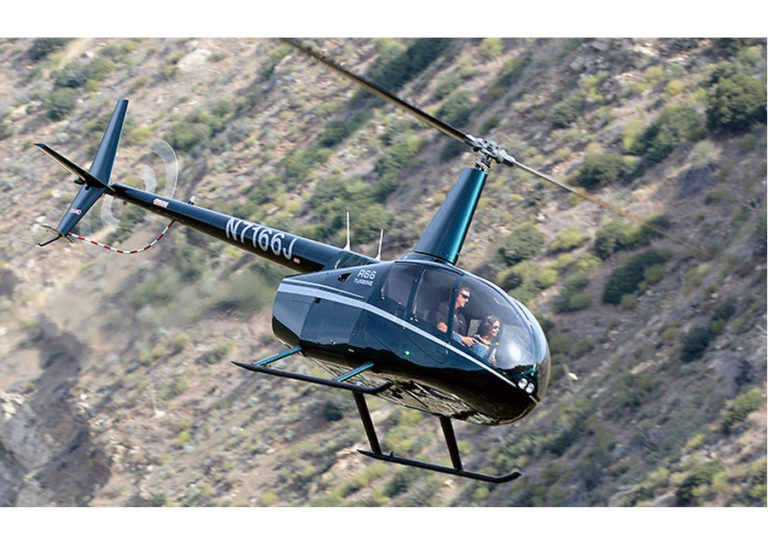 The Robinson R66 Turbine retains many of the design features of the R44, including a two-bladed rotor system, T-bar cyclic, and an open interior cabin configuration. Notable differences are the R66's increased reserve power, improved altitude performance, fifth seat, and large baggage compartment. Popular upgrades including HID landing lights, leather seats, and a stereo audio control panel are standard in the R66.

Outfitted with pop-out floats, the R66 Turbine Marine offers an additional level of safety for over-water travel. Designed for emergencies, the six-chamber floats inflate within 2-3 seconds of activation. A lever on the pilot’s collective releases pressurized helium from a tank located under the aircraft’s right rear seat. The activation lever uses a mechanical pull cable and does not rely on an electrically actuated system for inflation. Floats may be activated and flown at speeds up to eighty knots The installation adds approximately sixty-five pounds to the helicopter’s empty weight. When not in use, floats roll-up and stow in protective covers along the aircraft’s landing skids. The streamlined, low profile design minimizes drag and allows for easy entry and exit of the cabin.

Other products from Robinson Helicopter