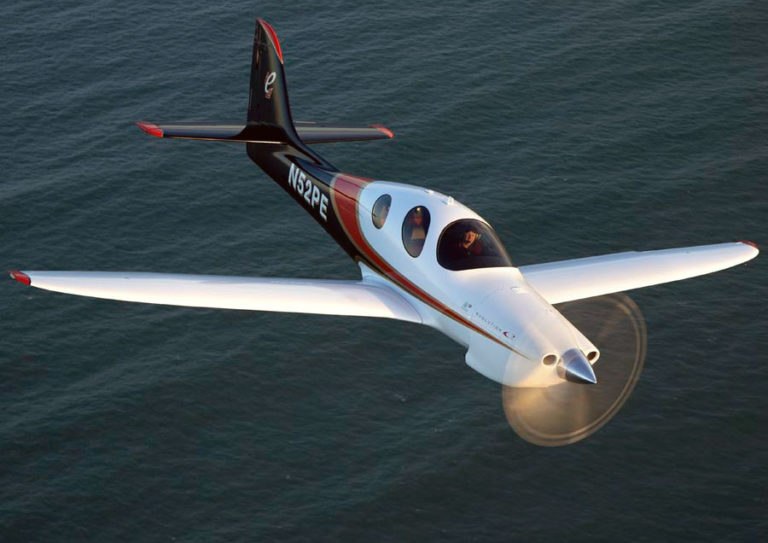 It would have been fairly simple to select an “off the shelf” 300+ hp piston engine to power the lightweight and aerodynamic Evolution airframe. But Lancair is not an “off the shelf” kind of company. It is our philosophy to deliver better than what you can just find on the shelf in the Performance and Innovation aisle. Lancair always wants to do better than that. So, when Lycoming began the development of a next generation piston engine with the iE2, Lancair was eager to pair up with Lycoming on the development process. Along the way, this engine has matured, improved and in fact, even found its way into Military Service. Often, military programs spur further development of great ideas and the iE2 powered Evolution is no exception. In fact, it is a beneficiary of the collaboration of Northrop Grumman and Lycoming to further the development of the iE2 engine for military use. The Firebird is an “optionally piloted” surveillance aircraft developed by Northrop Grumman and is equipped with a pusher version of the TEO-540 iE2 engine. Lancair was the original test bed for this engine and it was then adopted for use in the military's Firebird. The rigorous testing of the concept and the harsh operational environment of the Firebird is testament to Lycoming’s dedication and Lancair’s faith in the iE2 Concept. Lancair innovation and high performance coupled with Lycoming’s rugged, reliable power are now yours in the Piston Powered Evolution.

The iE2 is the latest “state of the art” in Aircraft Piston Engines. Lycoming has a long history of rugged, powerful, and efficient piston engines and the IO 540 series is legend. The primary area of aircraft piston engine design that has lagged behind in the development cycle was in the technology of fuel and ignition control. The iE2 brings the traditional aircraft piston engine into the 21st Century with computer controlled electronic fuel injection, electronic ignition, and electronic engine self-protection. Power management is simple with one lever controlling the percentage of power desired, prop pitch, and fuel flow. The engine will always determine the most efficient combination of fuel mixture, ignition timing, turbo boost and propeller RPM for the flight condition you request. It will do that while determining optimum settings without hazardous fuel mixtures or ignition timing, and will avoid overheating or detonation without pilot intervention or the need to monitor the factors that cause these conditions. You do not need to monitor those parameters in your automobile, why should you need to in your aircraft? You shouldn’t. And now, with the iE2, you don’t have to.

Other products from Lancair International