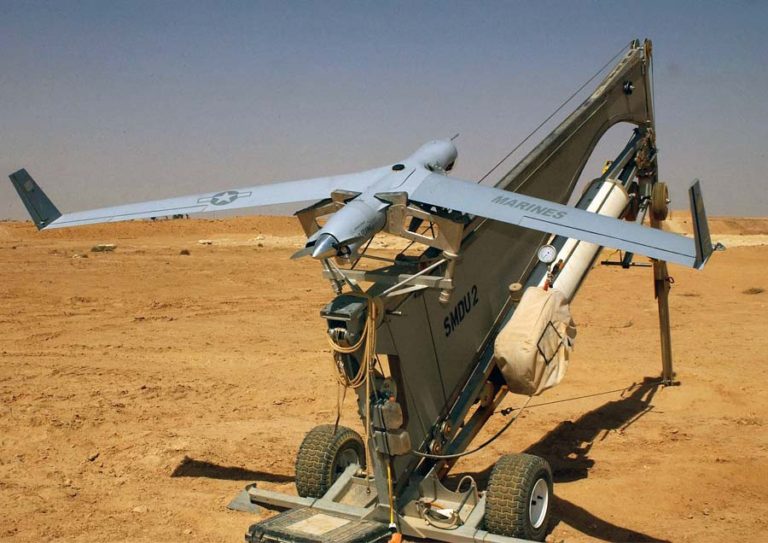 ScanEagle is an autonomous unmanned aerial vehicle (UAV), part of ScanEagle® Unmanned Aircraft Systems, developed and built by Insitu Inc., a wholly owned subsidiary of The Boeing Company. The UAV is based on Insitu’s SeaScan miniature robotic aircraft developed for the commercial fishing industry.

Challenge: Finding the bad guys at sea can be a little like searching for a needle in a hay stack. The area in question is massive and distinguishing a vessel operating under nefarious intentions from an innocent fishing boat can be a difficult determination to make. Such was the case in late spring of 2015 when Insitu personnel deployed with the Royal Navy launched ScanEagle from the HMS Richmond to track and monitor an area off the east coast of Africa.

Solution: After flying undetected above what were determined to be six vessels of interest, ScanEagle was able to monitor their activity and provide real time, persistent information to commanders of the international task force carrying out counter-piracy and counter-drug-smuggling operations in that region. This information would eventually enable commanders to dispatch the Royal Navy, as well as ships from the Australian and New Zealand navies, to stop the vessels as they headed for Tanzania.

Result: The following series of raids overturned almost one ton of heroin carrying an estimated street value of $150 million. The utility provided by ScanEagle and Insitu personnel to the Royal Navy can be applied to counter-narcotics operations like this one, anti-piracy operations, and even anti-human-trafficking operations—but that’s only part of the story. As the knowledge of these missions spreads, those who intend to try to carry out further illicit maritime activities might think twice about their actions upon hearing of a small, unmanned, almost undetectable aircraft capable of seeing those who wish to remain hidden.
First flight
April 2002
Length
5 feet
Wingspan
10 feet
Altitude
15,000 feet and low altitudes
Endurance
24+ hours
Payload
Electro-optic or infrared camera
Make a request See the company website Product sheet