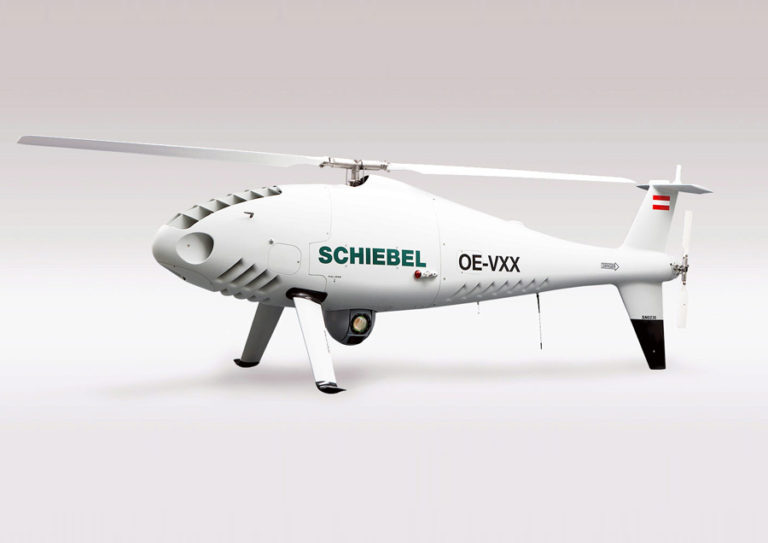 Schiebel’s CAMCOPTER® S-100 Unmanned Air System (UAS) is a proven capability for military and civilian applications. The Vertical Takeoff and Landing (VTOL) UAS needs no prepared area or supporting launch or recovery equipment. It operates day and night, under adverse weather conditions, with a range out to 200 km, both on land and at sea. The S-100 navigates automatically via pre-programmed GPS waypoints or can be operated directly with a pilot control unit. Missions are planned and controlled via a simple point-and-click graphical user interface. High-definition payload imagery is transmitted to the control station in real time. Using "fly-by-wire" technology controlled by redundant flight computers, the UAV can complete its mission automatically in the most complex of electromagnetic environments. Its carbon fiber and titanium fuselage provides capacity for a wide range of payload / endurance combinations.

The CAMCOPTER® S-100 features platform and payload growth capabilities – with two payload bays, an auxiliary electronics bay, as well as two side payload hard points and the ability to carry underslung loads. The maximum payload weight is 50 kg (110 lbs).

The CAMCOPTER® S-100 is able to carry multiple sensors, enabling customers to gather images with an EO/IR camera, detect and identify electronic signatures with ESM systems and use SAR radar simultaneously in real-time with only one system.

The S-100 has been widely deployed and used around the globe in a variety of environments, from the cold of the Artic to the heat of deserts, aided by its minimal logistics footprint and its ability be simply and quickly deployed.