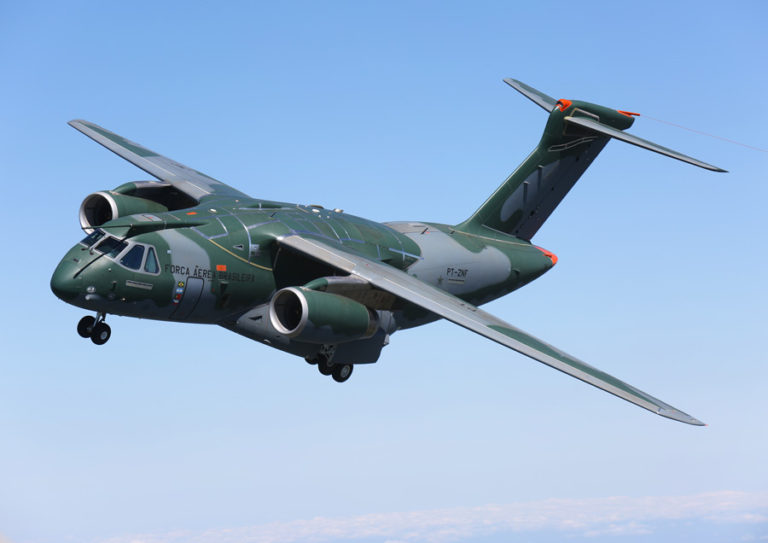 The KC-390 is a military transport aircraft developed to establish new capacity and performance standards in its category, delivering at the same time the lowest life-cycle cost in the market.

A genuine multimission aircraft, it can transport and launch cargo and troops, perform medical evacuation, search and rescue, as well as fight forest wildfires, among other missions. The KC-390 can also be used as aerial refueler and it has great flexibility, refueling from helicopters to high-performance fighter aircraft.

Equipped with a modern cargo handling system, the KC-390 can transport large-sized cargo such as pallets, vehicles, helicopters, in addition to troops, paratroopers, medevac stretcher or mixed configurations.

Other products from Embraer