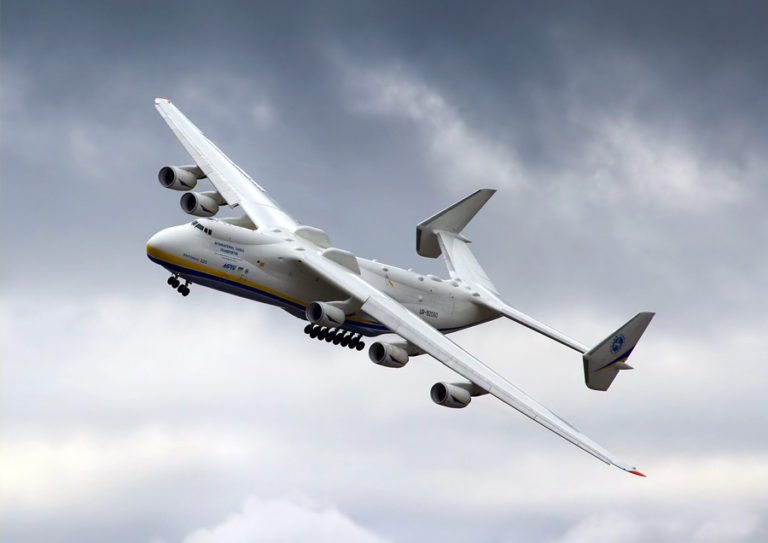 This unique transport airlifter was designed and constructed during 1984-1988.

The aircraft has been created to perform the following missions:


The An-225 Mriya had to become the first stage of the system of the aerial launch of a space ship, flying cosmodrome, from which a space shuttle with a tank having total mass of 170 t had to start to the orbit. Initially, the main task of the AN-225 was transportation of various parts of Energiya carrier-rocket and Buran space ship, which had been manufactured at the enterprises of central regions of the USSR, and final assembly should have been performed at Baikonour. Projected length of some of them reached 60 meters and diameter – 8 meters. Range of transportation was 1500-2500 km. Besides, depending to mission, performed on the orbit, Bouran could land on different airdromes. From there it was necessary to deliver it again to Baikonour, to the place of previous launch.
Cruising speed
up to 850 km/h
Cruising altitude
up to 12 000 m
Service range with a 200-ton cargo
4 000 km
Airfield length
3 000 - 3 500 m
Engines type
D-18T turbofan
Engines number x thrust
6 x 23,4 tf
Wingspan
88.4 m
lenght
84,00 m
height
18,10 m
Make a request See the company website Product sheet

Other products from Antonov