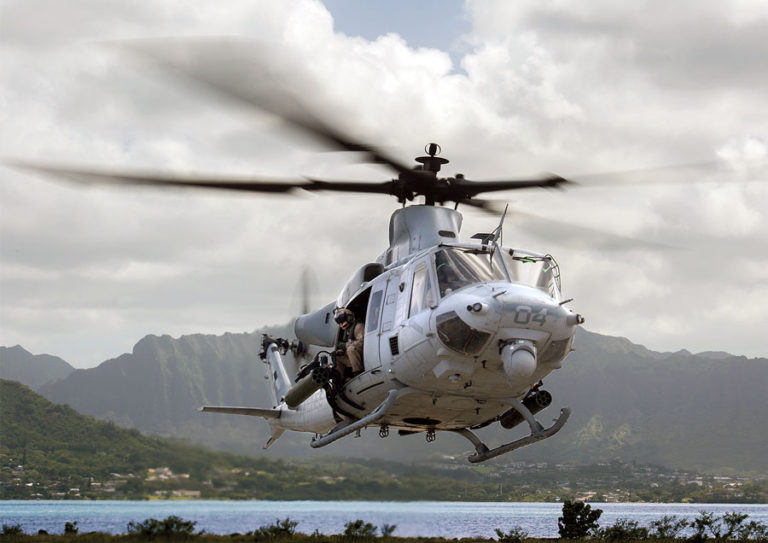 The Bell UH-1Y is a combat-proven utility helicopter slated to support the United States Marine Corps global missions for the next four decades. The Yankee engages threats, delivers or exfiltrate personnel and performs under the most punishing operating conditions, making it the ultimate tactical utility helicopter. The Bell UH-1Y was first deployed with the United States Marine Corps in 2009. The Huey lineage can be traced back to combat action in Vietnam, but today’s Bell UH-1Y is a thoroughly modern, marinized aircraft. The Yankee is generations ahead of its predecessors in terms of effectiveness, performance, and safety. The Yankee operates in the most extreme environments, from Arctic cold to desert heat.
Max Speed
170 KIAS
Max Gross Weight
18,500 lbs
Fuel Capacity
388 gal
Pilots
2
Crew/Passenger Seats
2/8
Make a request See the company website Product sheet

Other products from Bell Helicopter