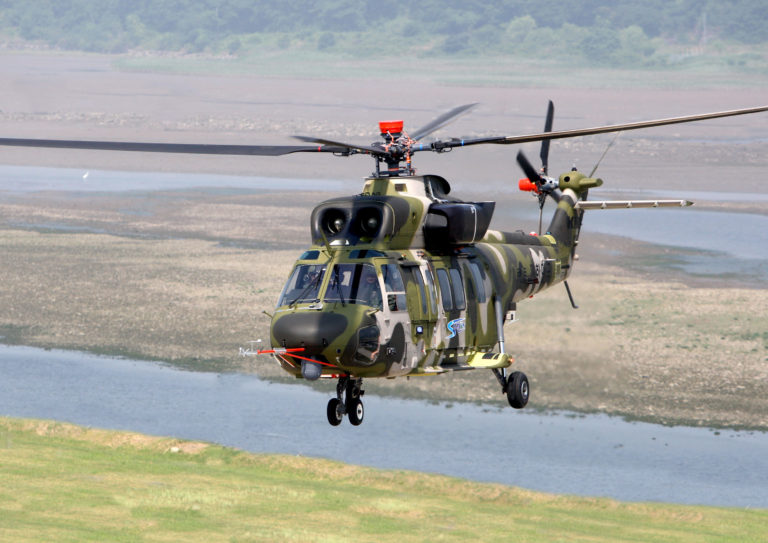 KUH is to replace ROKA'S 500MD, UH-1 with its state of the art technology. It is the world best helicopter and it made Korea to become world's 11th helicopter developing country.

The KUH-1 Surion served as the basis for a navalised derivative, the Korean Naval Helicopter. By 2011, the KNH had entered into the development stage; work was being performed on the project by a partnership between KAI, Eurocopter, and Elbit Systems.  In January 2016, following completion of development work on the amphibious variant of the Surion, it was announced that this variant had been cleared to enter production later that year.

The KAI KUH-1 Surion is a twin-engine medium-sized multipurpose rotorcraft, carrying upon to nine troops along with a crew of four (two pilots and two gunners in the main cabin area) in a utility transport capacity. It has been designed to be rapidly reconfigured to serve different roles, some models are also navalised. The Surion can perform various duties and roles, such as military transport, law enforcement, aerial observation, search and rescue, maritime support, aerial firefighting, and for civilian purposes along with other missions.
Length
19 m
Height
4.5 m
Max. takeoff weight
19,200 lb
Make a request See the company website Product sheet

Other products from Korea Aerospace Industries