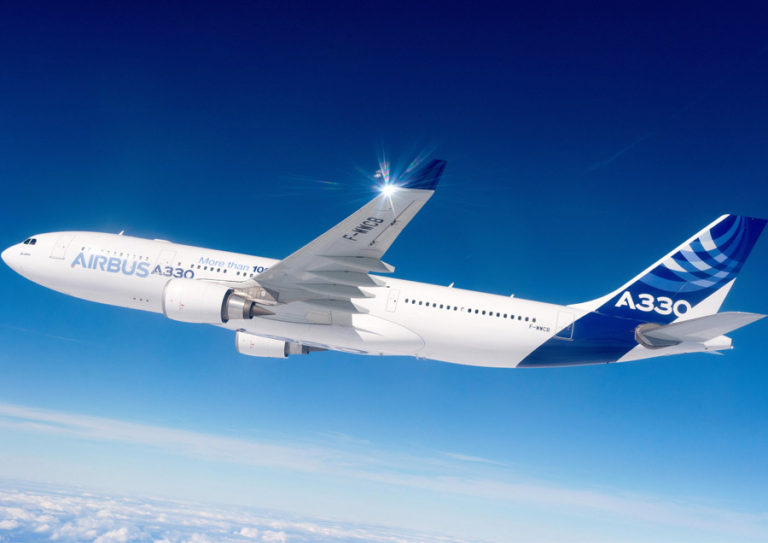 The A330-300 brings Airbus widebody efficiency to airline operations on longer-haul routes.

These upgrades – many of which are inspired by Airbus’ latest aircraft programmes – range from weight reductions in the airframe, introduction of modern passenger cabin features, and system improvements to engine upgrades and advanced navigation systems in the cockpit. They also result in longer maintenance check intervals.

A further enhancement of the A330 comes with Airbus’ launch of an increased maximum takeoff weight capability to 242 metric tonnes. As a result, the A330-300 benefits extra range and payload capabilities, opening opportunities to connect the following new city pairs: London to Tokyo; Frankfurt to Cape Town; Beijing to Melbourne; Beijing to San Francisco; Kuala Lumpur to Paris; and Los Angeles to Dublin.

Airbus delivered the first 242-tonne maximum takeoff weight A330-300 to Delta Air Lines in May 2015. With these enhancements, Airbus has added some 50 per cent more range to the A330-300 since its service entry, while reducing maintenance costs by 20 per cent.

As a further upgrade to the A330 Family, Airbus also announced the A330-300 Regional variant in 2013. This aircraft is optimised for domestic operations on routes with large populations and high traffic flows. The A330 Regional jetliner is tailored to seat up to around 400 passengers with Airbus’ standard 18-inch wide seat in economy, while offering significant cost savings through a reduced operational weight.

Another family trait shared by the A330-300 jetliner is providing passengers with superior levels of comfort. Offering a 21st century travel experience, 18-inch wide seats are provided for long-haul economy travel – Airbus’ modern comfort standard – while the latest innovations and upgrades deliver best-in-class comfort for all passengers.

Airbus’ 222-inch fuselage cross-section also offers large underfloor holds that open up opportunities for extra revenue from cargo. These holds accept industry-standard LD3 containers in side-by-loading, facilitating cargo processing and interlining. In a typical arrangement, six 96-inch pallets or 18 LD3 containers can be accommodated in forward zone; while its aft cargo hold can handle such loads as 12 LD3 containers along with one 96-inch pallet, plus bulk cargo.