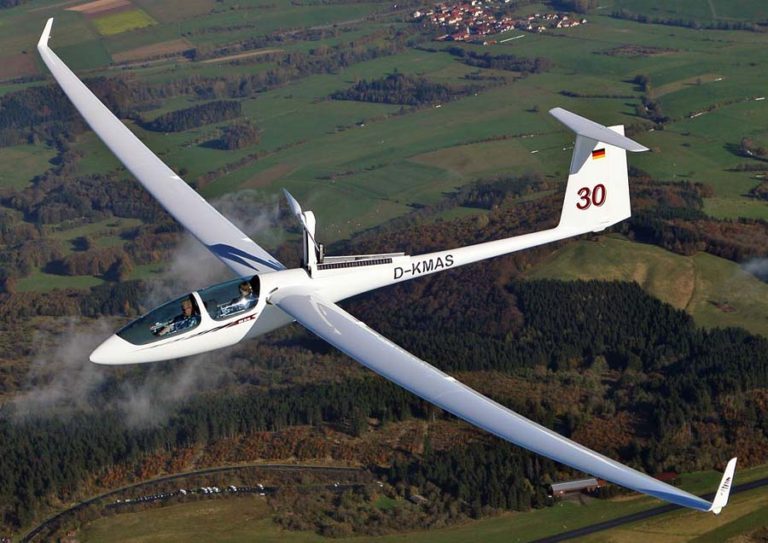 Comfort and top performance in the premier class ; A comprehensive, new, generational design

With the ASH 25 Schleicher set its sights in the Open Class at a very high level. It was not only its ability to finish near the top in competitions but also the ability to break world records which distinguished the ASH 25. Suddenly, a two-place sailplane greatly expanded the possibities for open class aircraft. The sharing of flying tasks and also providing high performance cross-country training were only two advantages that became available with the ASH 25.

Often, the second seat also meant that partnerships could be formed and maintained economically for sailplanes with this level of performance. Careful further development with variations in span all the way up to the ability to self-launch meant that in a time span of over 20 years a total of 266 ASH 25s were produced – a record for the open class.

But at some point the possibilities for meaningful improvements in even the best sailplanes are exhausted and the market signals that the time has come for something completely new – the ASH 30 Mi.

Starting with something completely different and conceiving a totally new sailplane was not only a courageous business decision but also a very challenging task for designer Martin Heide and his team. For example, even in the open class these days no one is interested in doing without a safe, comfortable and well laid-out cockpit or without the advantages of automatic control connections when assembling and dis-assembling. It was a significant challenge to retain and even improve upon all the advantages of the ASH 25 but, in the end, it led to a new generation of open class sailplanes. Outstanding flying characteristics and ease of handling are also a given.

With the ASH 30 Mi the pilot obtains a sailplane, built in a detailed, elaborate, hand-made process, which cleverly combines the excellent features of a single-seater with the advantages of a two-seater. This is the key to help pilots fulfil their dreams and ambitions.
Wing area
17.17 m² / 185 sqft
Fuselage length
9.33 m / 30.6 ft
Fuselage height
0.998m / 3.27 ft
Empty mass
630 kg / 1874 lbs
Make a request See the company website Product sheet