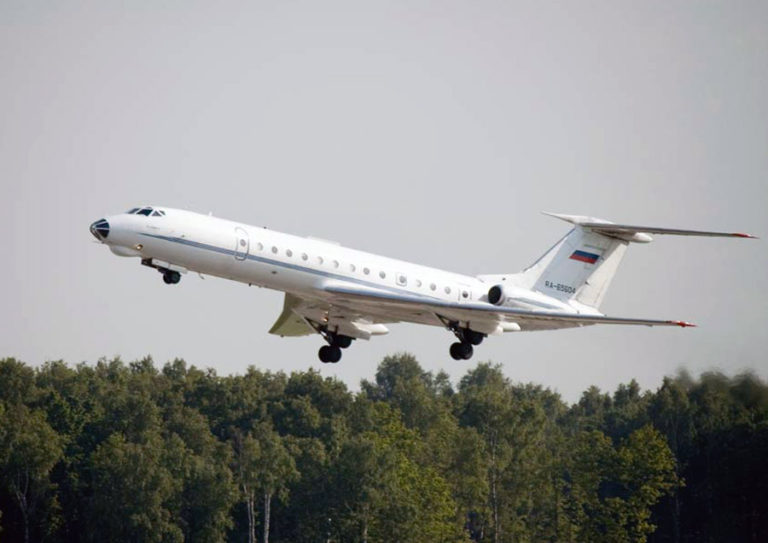 Tu-134 is a short-range passenger aircraft. It is an profound upgrade of Tu-124 with turbofan engines, arranged in the aft part of the fuselage.  First flight of Tu-124A prototype was performed on July 29, 1963 by test-pilot A.D. Kalin.

The aircraft was developed in Tupolev Experimental Design Bureau. Its serial production started in 1980. The aircraft was controlled by a flight crew of 3 persons, first time in the history of USSR civil aviation, there was no air navigator. Tu-134 was produced by Kharkov State Aircraft Manufacturing Company.

This jet aircraft became one of the most successful civil aircraft projects. It went down in the history of Russian civil aviation as the most produced airplane.   Tu-134 is the first national civil airliner that was certified according to the UK airworthiness codes.

Since 1964, serial production of the aircraft began, which was held with simultaneous maturation and improvement. In the autumn of 1967, regular operation of Tu-134 with passengers on the routes of the Civil Air Fleet started. In total, 852 Tu-134 were produced by 1984 in the following modifications: Tu-134 - for 72 passengers, Tu-134A – for 76 passengers, with APU and engines that had thrust reverser, Tu-134A and Tu-134B – with "Groza" radar station and reduced flight crew, training airplanes for the USSR Air Force – Tu-134Sh and Tu-134UB-L, Tu-134SKh – specialized agricultural airplane for monitoring of ground objects of various purpose and etc. 134 airplanes of different modifications were exported. The aircraft are still operated in Russia, CIS countries and several far-abroad countries. There is a modernization program, developed for the aircraft, which are currently in operation.

Tu-134 can land in weather conditions according to the ICAO category II.

Other products from Tupolev