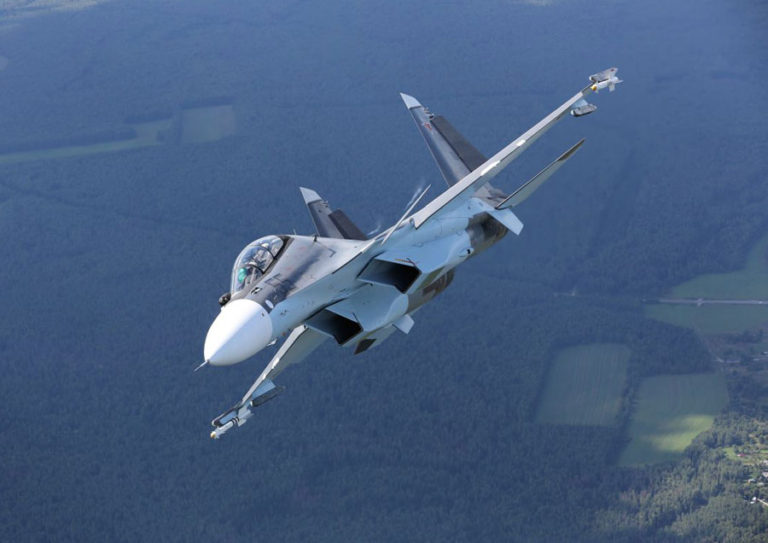 As the leading Contractor of the State Defence Order, the Irkut Corporation performs serial manufacturing of highly-maneuverable Su-30SM multirole fighters. The aircraft has been developed by the Sukhoi Design Bureau and is manufactured at the Irkutsk Aviation Plant, an affiliate of Irkut Corporation.

The aircraft may be used for training pilots of advanced multirole super-maneuverable single-seat fighters.

Su-30SM belongs to the Su-30MKI combat aircraft family. The fighter is adapted to the requirements of the Russian Air Force for radar, communication, and IFF systems, as well as weaponry, ejection seat, and a number of supporting systems.

Deliveries of Su-30SM aircraft to the Aerospace Forces of the Russian Federation are underway since 2012, to the Russian Navy - since 2014, to the Defence Ministry of the Republic of Kazakhstan - since 2015.

Other products from Irkut Corporation